Pictures from Johannesburg and the trip home 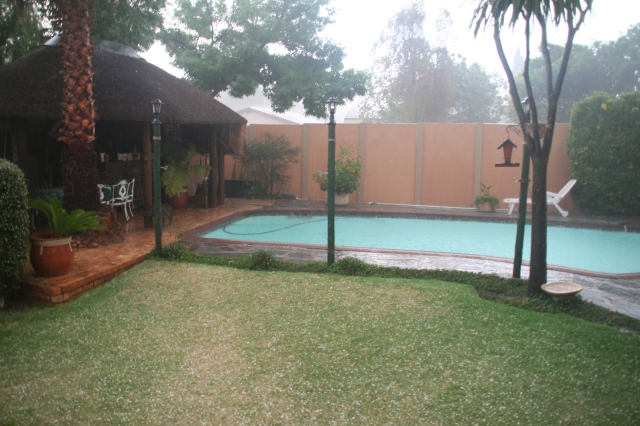 As we returned to Johannesburg from St. Lucia we started to encounter rain showers, and soon after we were settled in the hostel in Johannesburg it turned into a full-fledged thunderstorm with hail followed by torrential rain. The people there were rather glad that it was raining, since it had been too dry recently. Since we had been encountering rain for at least the last two weeks, we found this a bit surprising. 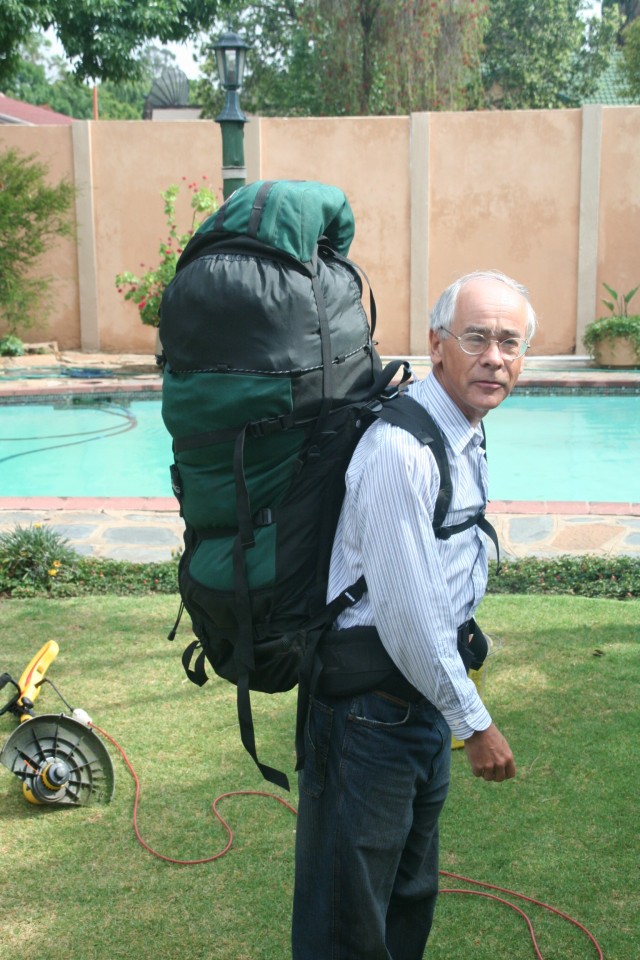 In the craft and souvenir shop at Hluhluwe-Imfolozi we had bought one of those wooden giraffes, standing 95 centimetres tall. By extending the straps of Paul's pack to their maximum possible length we managed to fit the giraffe into the pack, even after having packed laundry around it to protect its ears and horns. But even with the giraffe and several other souvenirs in it, the pack still weighed in at under 17 kilograms.

On our way to South Africa, we had passed through Hong Kong in the middle of the night. But on our return trip, we were there in the daytime. Although we had seven hours between flights there, we decided to sleep in the airport rather than going and looking around the city. This worked out well as we had almost no jet lag when we got home.