After making our breakfast (porridge and tea) we started to plan out our day. Neil and Christine would be arriving in Edinburgh around noon, so we decided to start out by climbing Arthur’s Seat, thereby avoiding the crowds. So we made our way over the base of the hill. The walk over was very nice, passing many elaborately-carved buildings along the way. We passed by the Scottish Parliament with its eccentric modern architecture and the Holyrood Palace and found the start of the trail in the park just beyond there. 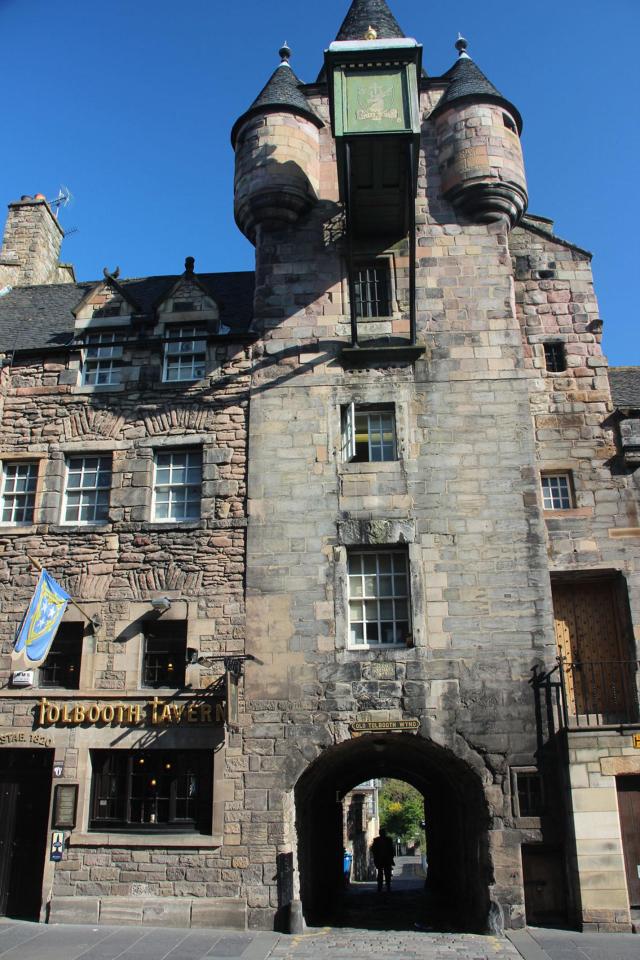 There is actually a large number of trails up Arthur’s Seat, but the main trail is a wide path which branches off a few times for some viewpoints. Arriving at the top, we admired the views in all directions. On one side you look down over the University, where Rosemary had stayed in 1969 while performing in the Edinburgh Military Tattoo. It looked remarkably the same, and she could point out the dorm where she had stayed. 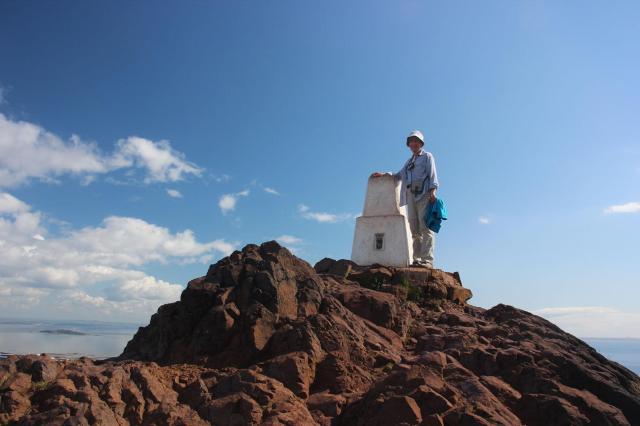 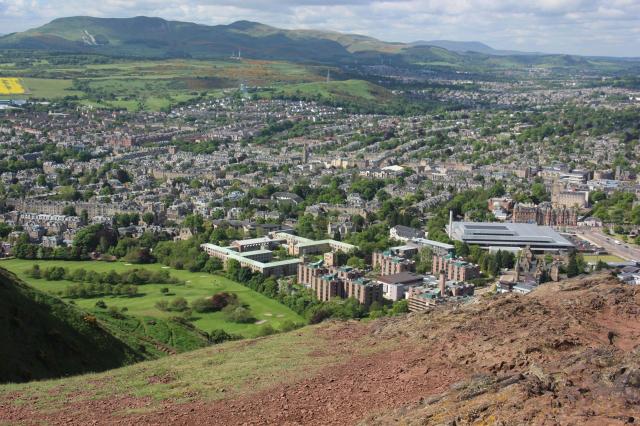 We descended the same way we had climbed up, and then made our way back to the youth hostel via the Royal Mile. Here there were plenty of shops selling things for the tourist trade, but we weren’t ready for tourist shopping yet. We checked some of them out, but didn’t buy anything. Arriving back at the hostel, we found Neil and Christine double-parked outside, unloading their packs. Since their room wouldn’t be available until 3 pm, we put the packs into our room. 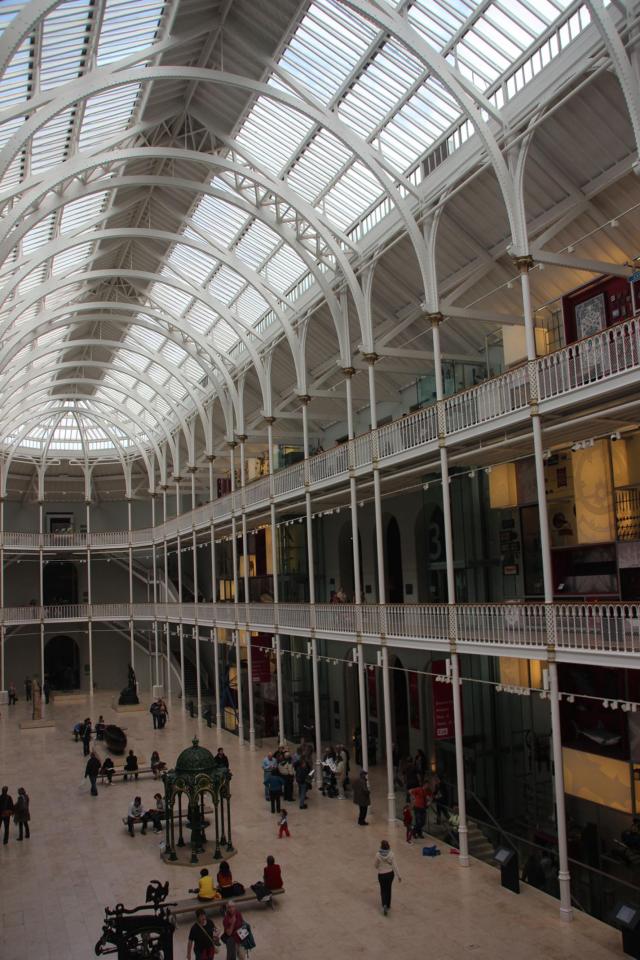 Over lunch we made a plan for the afternoon. We were planning to meet Paul’s cousins Alison and Jonathan at the National Museum some time after 3 pm, so we walked over to see the Greyfriars Bobby statue which was near there. We also looked around the Greyfriars church, where Bobby’s owner had been buried. Then we parted ways, agreeing to meet at the Elephant House coffee shop at 5 pm. At the Museum café we found Alison, but not Jonathan. She told us that he and his wife had pet rabbits, and one of them had been ill. So they had cancelled their flights and hotel room so they could stay home with the rabbit. She seemed a bit embarrassed, or maybe annoyed, to have to tell us that, but we tried to laugh it off. 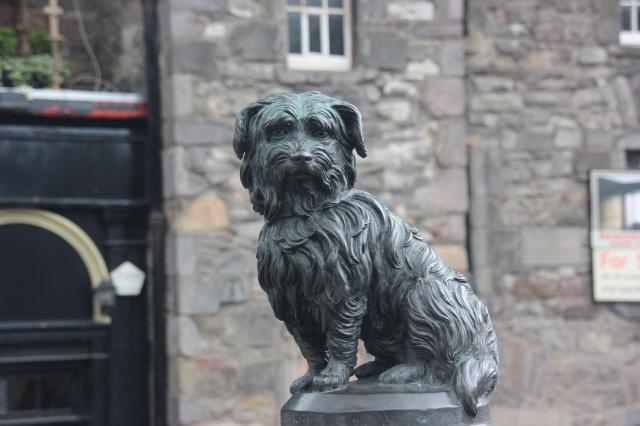 We sat and chatted with Alison for a while, then went and explored the museum, which is very large and has diverse displays. At 5 pm we met Neil and Christine at the Elephant House, which is now famous because it’s the place where JK Rowling wrote the first Harry Potter books. We had tea and coffee there before going to the tour which we had booked earlier in the day. 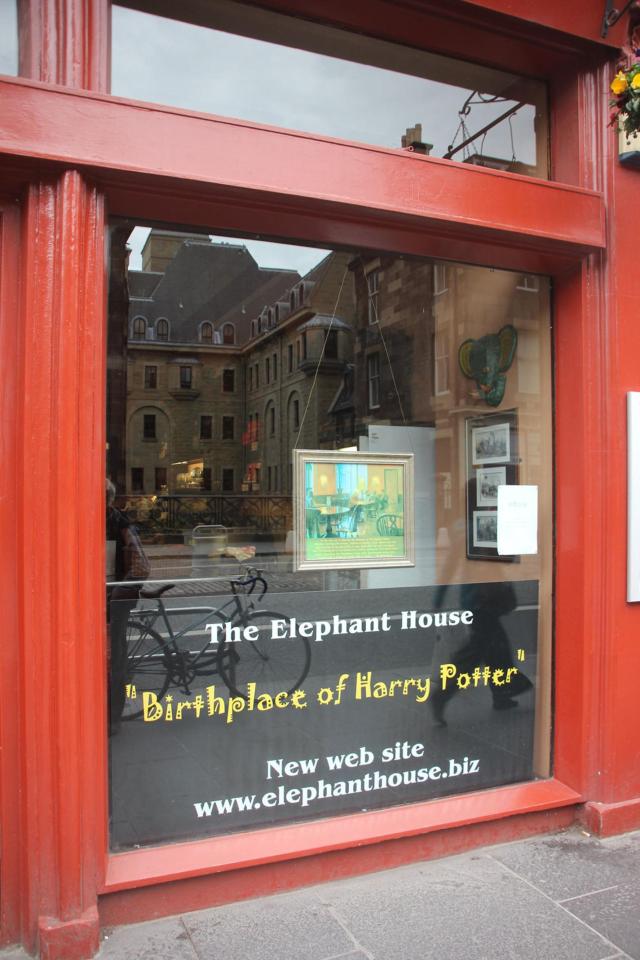 Neil had always wanted to do the Mary King’s Close tour, which took you underground to see the original old buildings of Edinburgh. The tour was very interesting and we learned what it had been like to live in Edinburgh in the 17th century. The tour leader was dressed in costume for that period and took us through various rooms and up and down stairways, all of which were under a section of the Royal Mile. After the tour finished we headed back to the hostel, where we had decided to have our dinner. At dinner we made plans for the next day before heading off to our rooms. 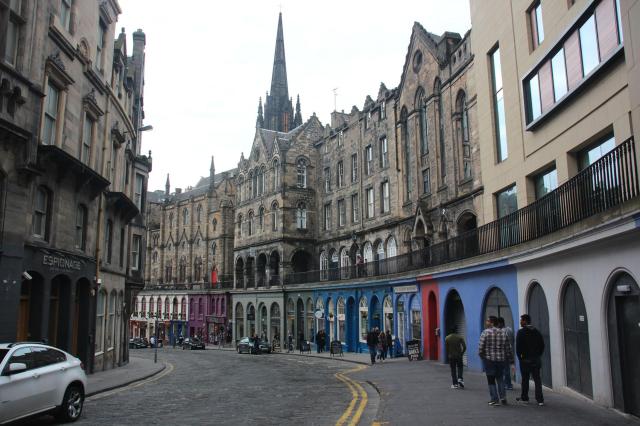