Enough of the North, now we were off to the South. Neil and Christine had said they would pick us up between 9:30 and 10 am, but we had no sooner said goodbye to David and Alice than there they were in the car outside. Perfect timing by all. Neil loaded our bags into the car (his new car!) and then we were off down the M6. After crawling through the usual slow-downs near Birmingham we decided to just pull into a service centre and have lunch. The weather was quite warm so we sat on the grass verge of the car park with numerous cars and trucks driving by. Christine had packed food so we had a good selection: Melton Mowbray pork pie (very yummy), carrots and raisins, Neil’s homemade bread and tea. 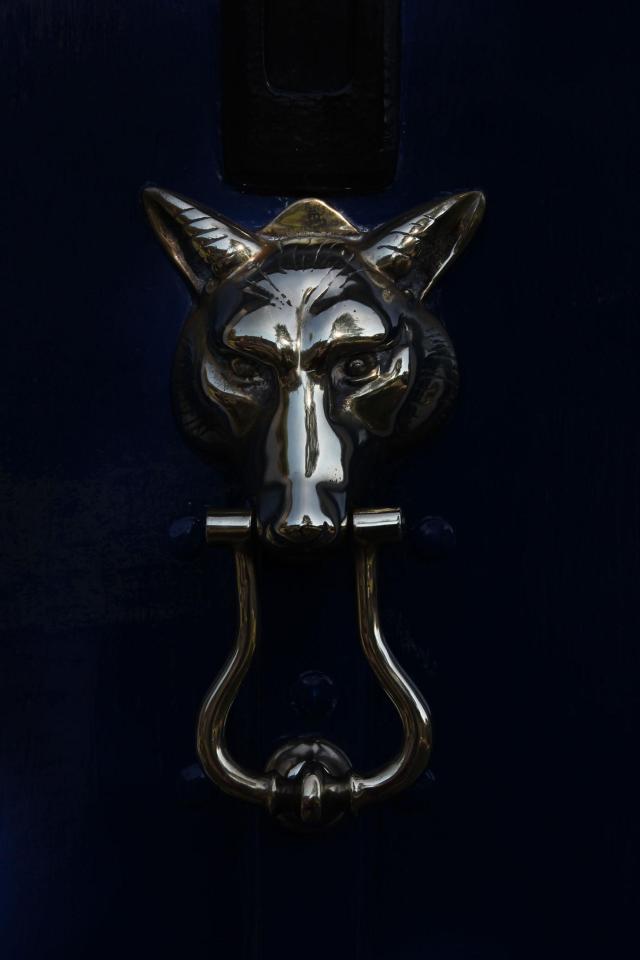 Later, after turning off the M5, we stopped at a farm shop for tea and a snack, then went for a short drive through some Cotswold villages before arriving in Chipping Camden. Neil’s satnav had brought us to George Lane, but to the wrong part of it. However that was easily remedied by a phone call to our hostess Carole. Cornerways B&B was very close to High Street on the other part of George Lane. Our rooms were very spacious; in fact we had the whole second floor to ourselves, divided into two very large rooms. We settled in and then went out to look around. 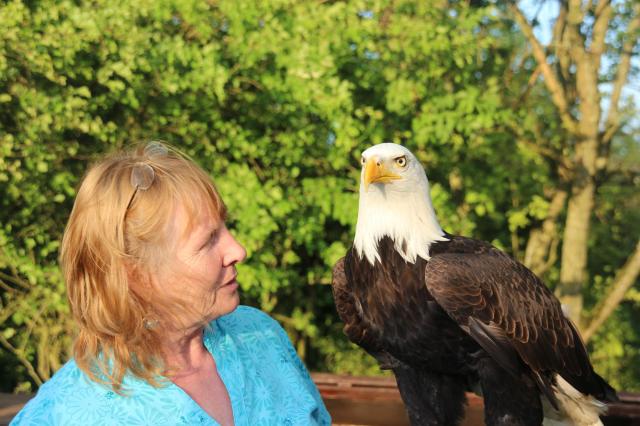 The town was very crowded, but luckily the Eight Bells pub had a table, and they did a pretty good dinner. Then we went over to the town centre to get tickets for the games. We decided to pay £1 extra to take the shuttle bus up Dover Hill because we weren’t quite sure how far the walk would be, and also because Christine was still suffering from a broken toe. And luckily the next bus that was leaving had just four free spaces available. 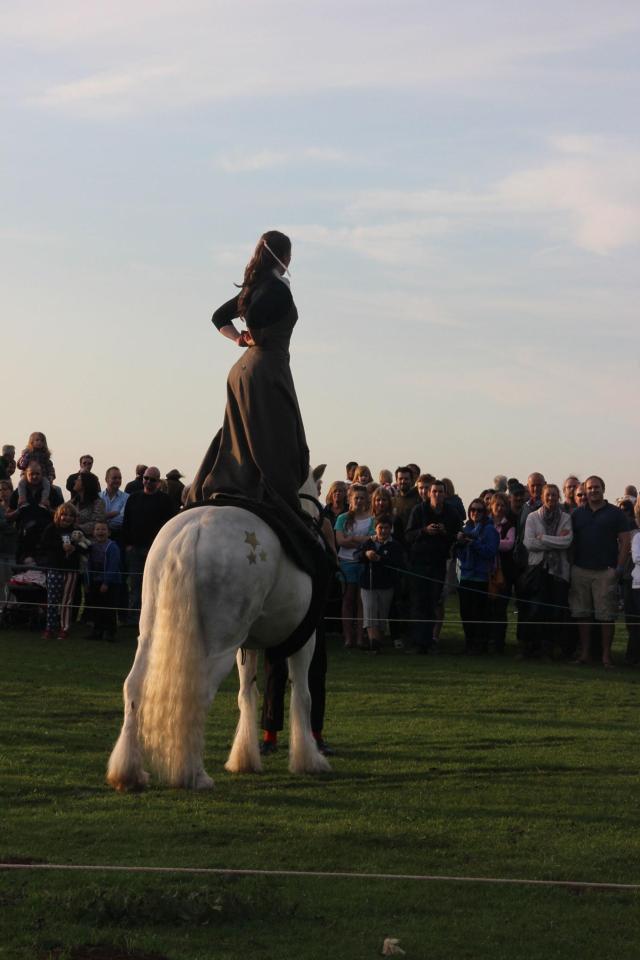 By the time we went through the gates on Dover’s Hill things were in full swing. The first thing we came to was a raptor display, where you could have your photo taken with a Bald Eagle on your arm. We forgot to ask how it came to be in Britain. Then there was a group of women doing fancy riding tricks on an extremely large horse, and a brass band, and then there were Morris men dancing. Besides that there was the usual array of carnival stands selling hot dogs and candy floss and so on. We joined Neil and Christine to watch the field events from a very steep grass hill. Already there were people competing at events like tug-of-war, standing long jump, and caber-tossing. 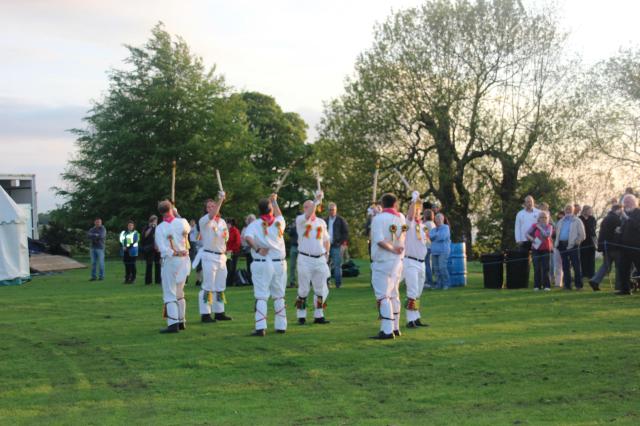 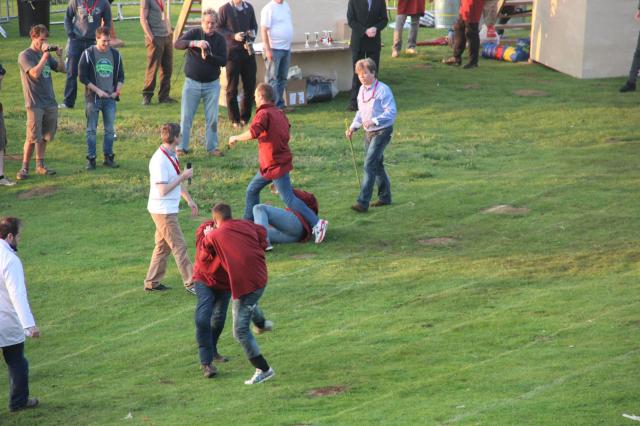 Soon the main event, the shin-kicking competition, began. The competitors were required to hold onto each other’s shoulders and try to wrestle each other to the ground. The difference between this and ordinary wrestling is that kicking the opponent in the shins is permitted. Some of the early heats were decided very quickly but others went on for several minutes. The winner of the long-running heats was then in the final against the defending champion, who proceeded to win easily. All of these events were done very informally but it was very entertaining to watch. 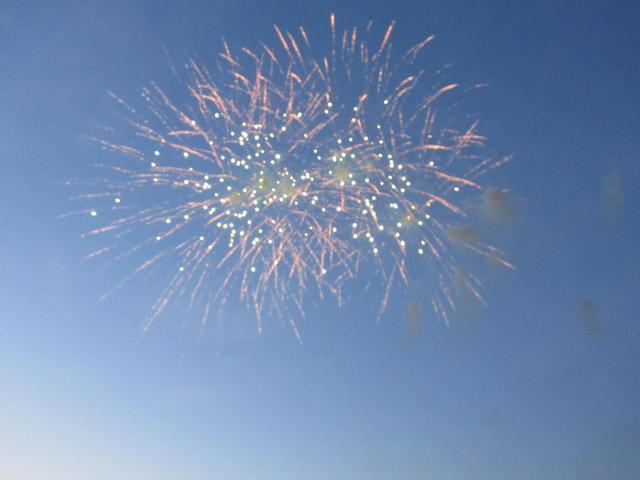 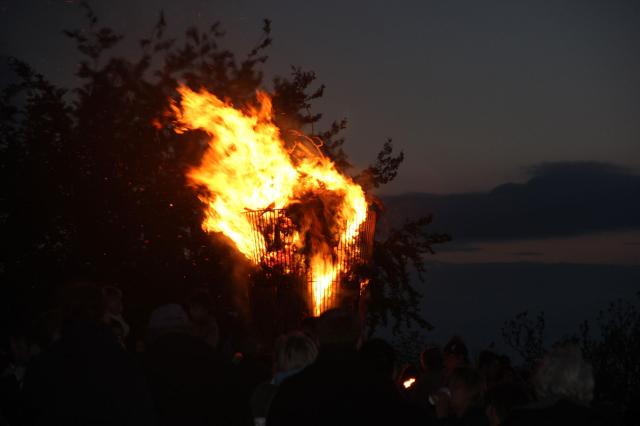 By now it was getting dark, and it was time to light the Dover Games torch. This was a bale of hay in a large torch-shaped basket which burned for quite a while as the sky became darker. Then there was a surprisingly good fireworks display before the torchlight parade began. Almost everybody had bought torches to be set on fire, and it was a very festive walk down the hill led by the brass band. It was quite something to see the stream of hundreds of torches flowing down the country lane. Yes, they were real flaming torches in the hands of hundreds of people of all kinds, but as far as we could tell the evening concluded safely. 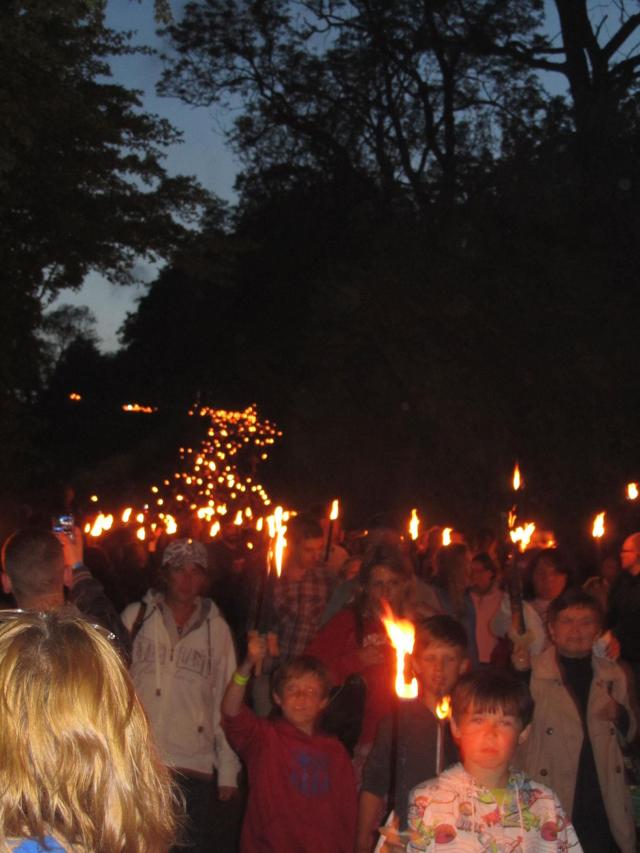