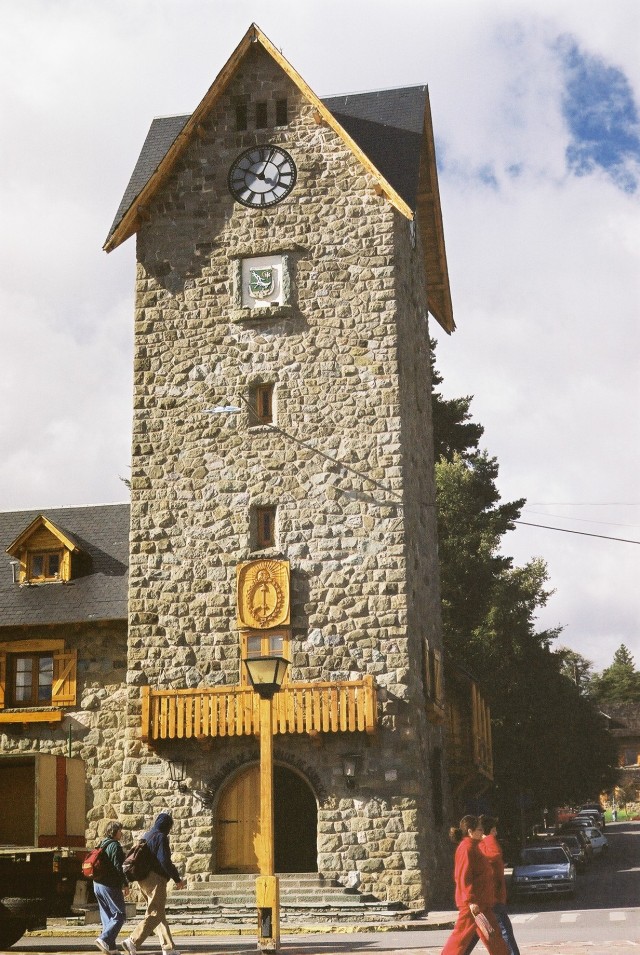 Bariloche is the largest city in the Argentinian Andes, with a population of over 100,000. In summer it is a hiking destination and in winter it is a skiing destination, so it is usually full of tourists. But before tourism it was a working town which got its start in the 1930’s. Many of the buildings from that era, such as the city hall, were built from the same kind of stone.

And the cathedral was also built from that stone.

Likewise the railroad station was built from that same stone. It was busier in the 1930’s, but it isn’t totally closed today; there is still a tourist train that goes about five times a week, at least in summer. 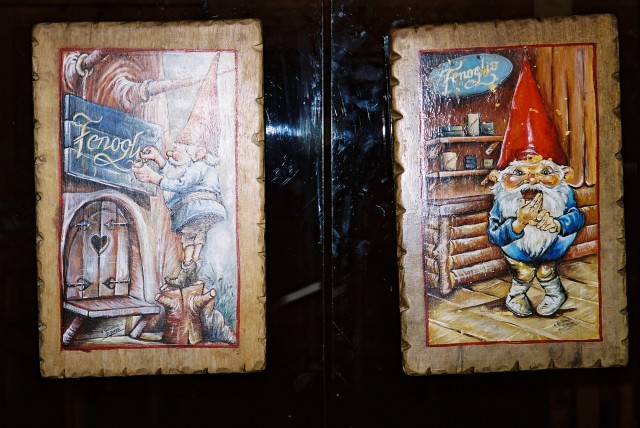 While in Bariloche we had several meals at Fenoglio, a chain of cafés that were also chocolate shops. Their decor featured gnomes (“duendes” in Spanish); these are the doorknobs of one of them. 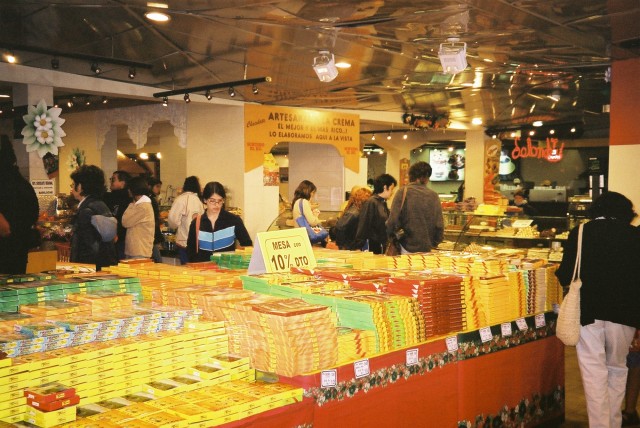 The first time we were in Bariloche we spent an afternoon on Cerro Otto, the little mountain just outside town. We took the lift up and went for a hike along the ridge. 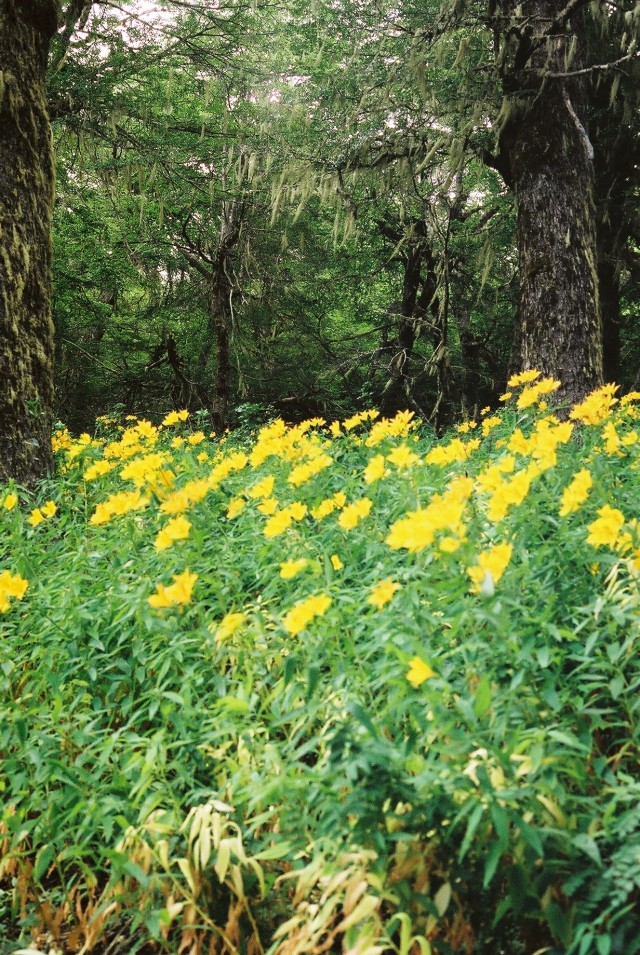 The woods on Cerro Otto were covered with these tall lilies, which are called “amancay” locally.

On our return to Bariloche, we spent an afternoon on Cerro Catedral, which is a massive ski area not far from town. We took a couple of ski lifts to get to the ridge, then went for a short hike up it to see the views.