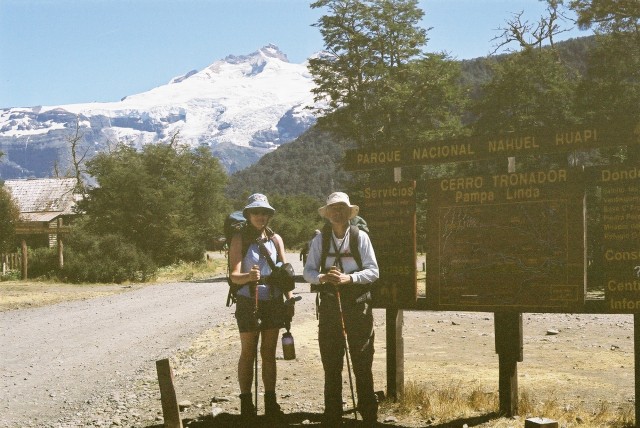 After a leisurely bus ride, we started from the Pampa Linda trailhead about 1 pm. Our destination was the Refugio Otto Meiling, a climb of about 1100 metres. The mountain behind us is Tronador (“Thunderer”), an extinct volcano that sits on the border between Argentina and Chile. 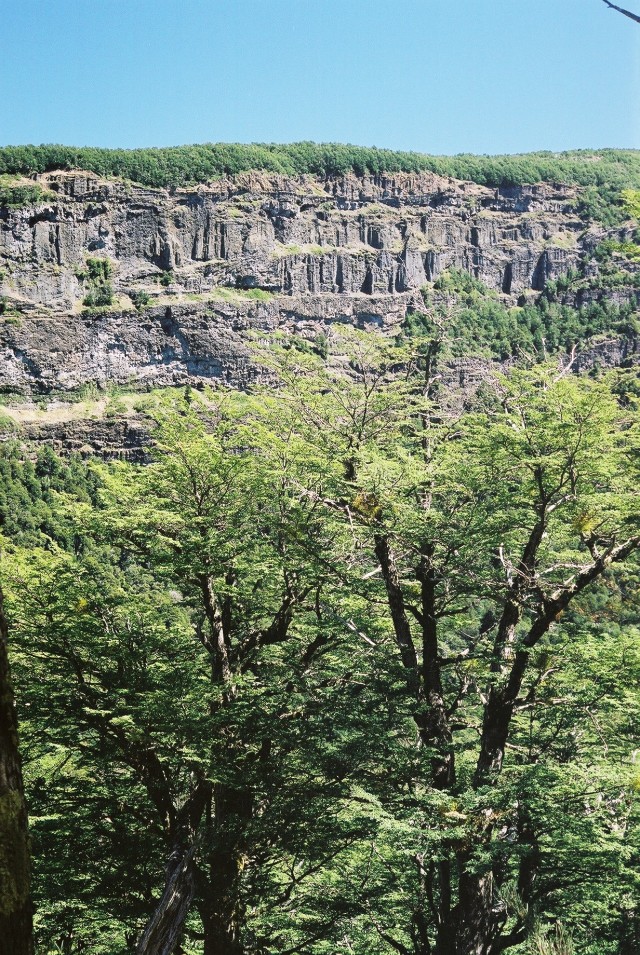 Our trail climbed the north side of the valley of the Río Castaño Overo; on the south side were basalt cliffs that no doubt were a result of an eruption of Tronador.

Once up on the ridge and out of the trees, we could look back down on Pampa Linda, where we had started from. “Pampa Linda” is Spanish for “beautiful valley”. 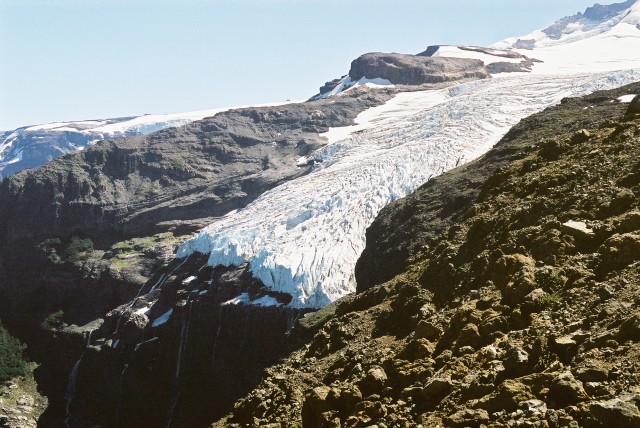 By this time we had climbed high enough so that the Glaciar Castaño Overo was just about below us. 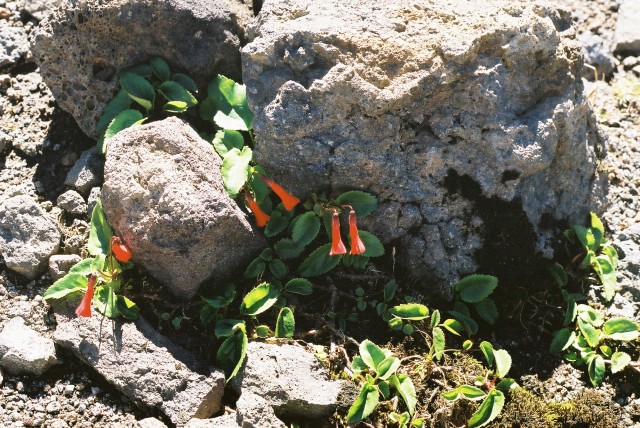 The weather was extremely hot, so we took a break from walking across a field of rocks and photographed some alpine flowers. 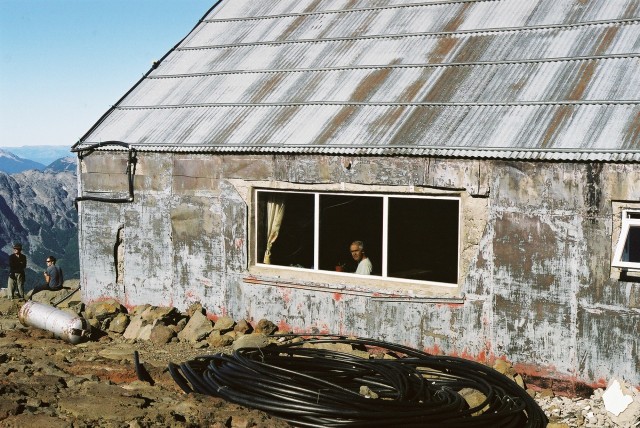 The refugio is located at the top of the field of rocks, where the trail reaches the glaciers that come down from Tronador and its subsidiary peaks. It is a concrete building that can sleep at least 50 people without overcrowding, built in 1971. 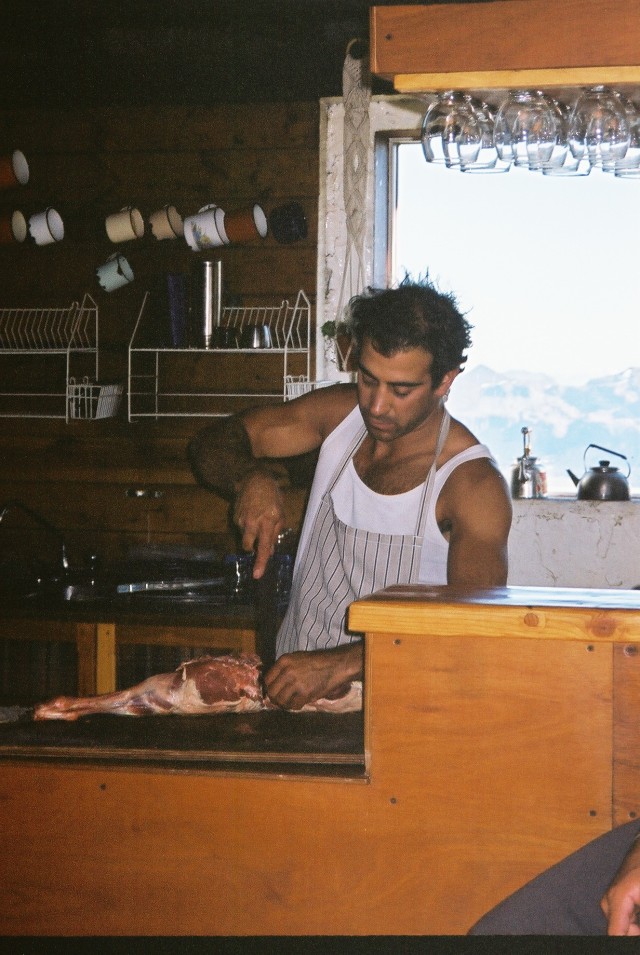 As it happened, we arrived on the 33rd anniversary of the opening of the refugio, so there was a big party with a lamb barbecue. 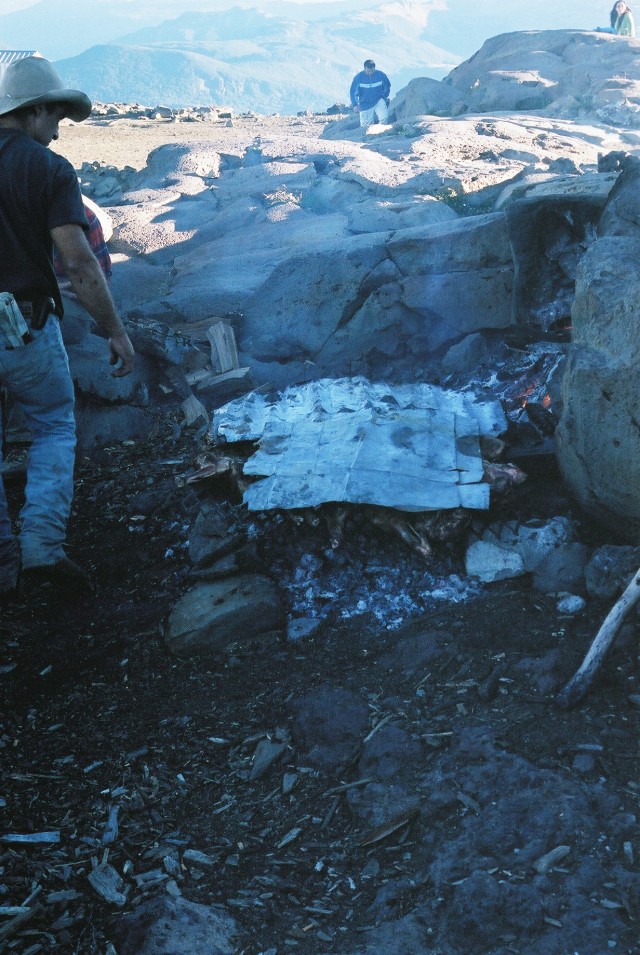 Barbecue is a great tradition in Argentina. It takes about four or five hours to cook the meat, over coals with a covering to keep the heat in. In this case the covering was discarded roofing metal. 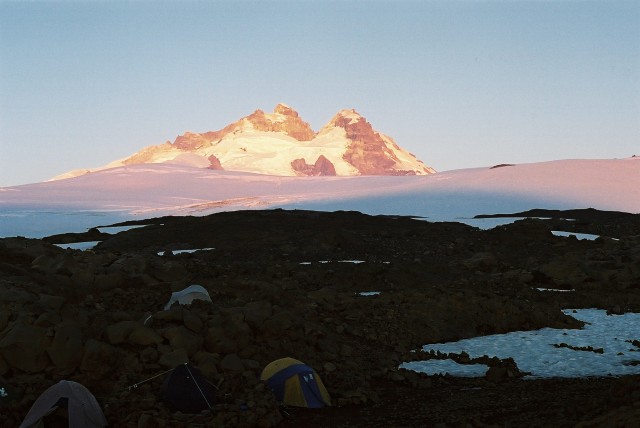 Even though the party went on until nearly 3 am, we still had to get up before 7 am to photograph the sunrise. The mountain behind Refugio Otto Meiling is not Tronador, but one of its small subsidiary peaks named Filo de la Motte. 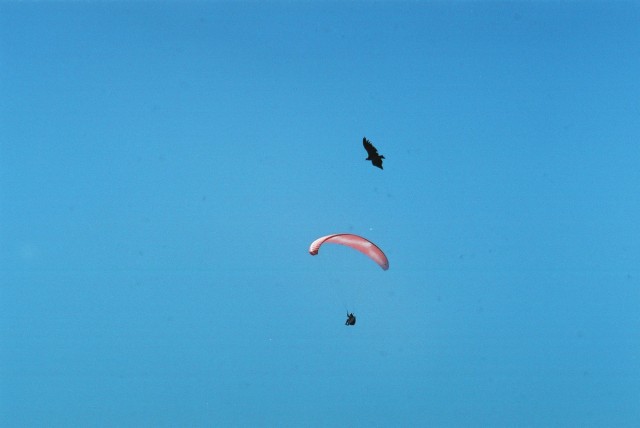 There was a British film crew camped outside the refugio. They were spending a week there, filming part of a documentary about flying with condors. They told us it would probably be on the North American Discovery channel in February 2005. As we left on our hike back down the ridge, we could see them parasailing with up to nine condors at a time.