Fochabers to Buckie and beyond

Our hostess very nicely let us have breakfast at 7 am, so we were out the door and on the trail by 7:40 am. Even though we only had a few hours walking to get to Buckie (and finish the Speyside Way), we had a lot of bus and train travel to do in order to get down to Anstruther, on the Fife coast. 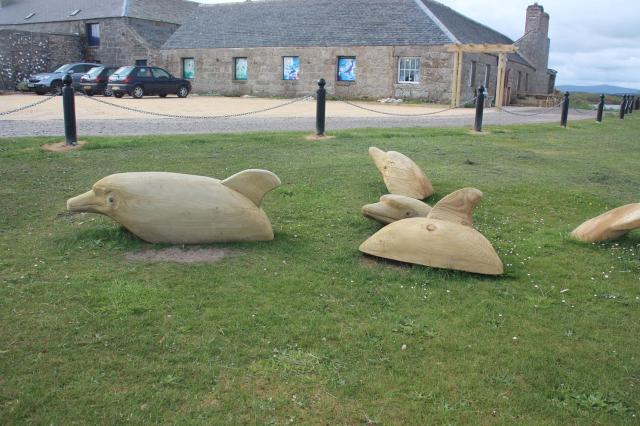 Our route today was level for the most part. After walking under yet another Telford bridge, we paralleled the River Spey on a good trail for quite a while, and then walked beside some fields on the way to Spey Bay, at the mouth of the river. Here was the Scottish Dolphin Centre, which we hoped to have a look around. However we had made such good time that it was only 9:15 am, but the centre didn’t open until 10:30. Unfortunately we couldn’t spend that amount of time waiting, so we carried on with the five or six miles along the coast to Buckie. 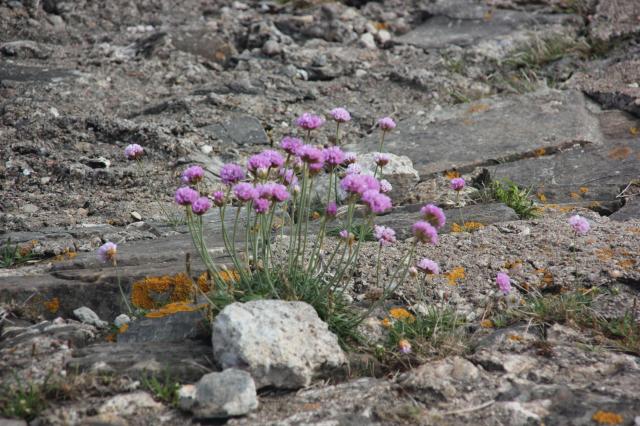 The trail was good and took us along old sand dunes now forested, then once again along a disused railway bed. It seemed to take forever to reach Buckie but at last we made it, arriving about 11:15 am. We had finished our four long-distance walks, across England and back across Scotland! 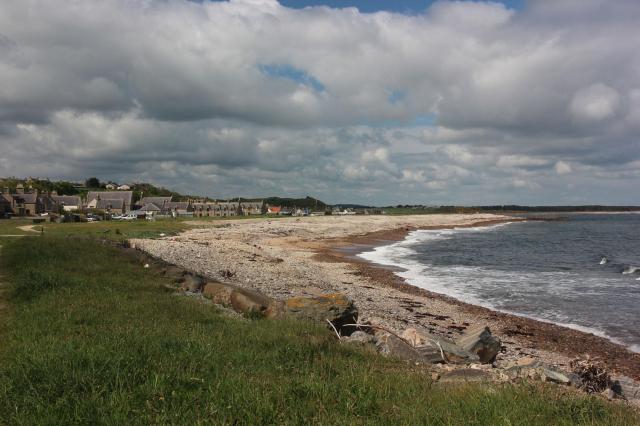 But now our first order of business was the bank. Heading to the Bank of Scotland we hoped our card would work and it did. Yay, Bank of Scotland! So now we had cash to pay for bus fares. We had done our research about which buses and trains we should take, and knew that our bus left at 11:50. But we didn’t know which bus stop to wait at. The sign for the Tourist Information pointed either at an alley with a locked gate or at a fish-and-chip shop. But a helpful man pointed us to the right stop, where we waited a short time. 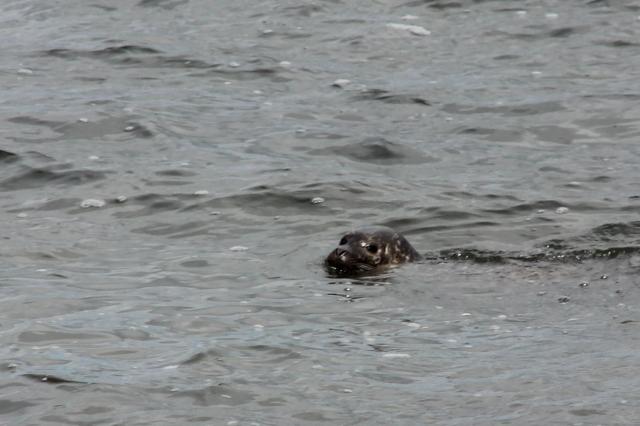 Our first bus trip was supposed to take us to the Dyce railway station, just outside of Aberdeen. The bus went along the coast through numerous villages and towns, all of which were very scenic and picturesque. At one point a Canadian flag caught our attention, and we saw it was flying outside a place called the “Banff Springs Hotel”. This was a much less magnificent place than its namesake in the Rocky Mountains. When the bus got to Dyce it turned out that it didn’t quite go past the railway station, but one of the passengers who was getting onto the bus told us how to find the station. 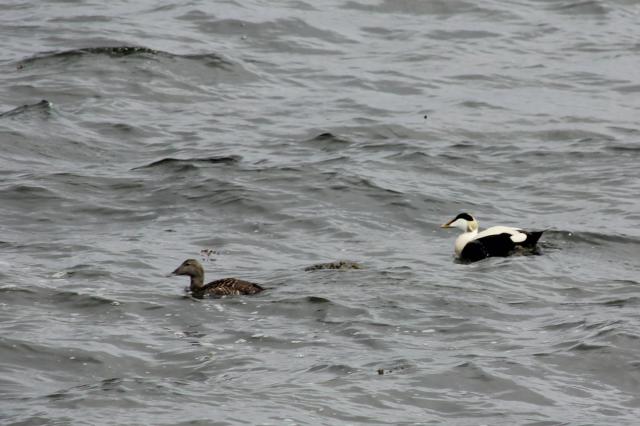 The next step was to take the train from Dyce to Leuchars, which is near St. Andrews. Dyce was one of those small stations which have only a plastic shed and uncomfortable seats along with an automated ticket machine. The machine told us the fare to Leuchars would be £29.83. But we had read about the Club 55 program which promised fares of £19 between any two stations in Scotland. Being over 55, we should have been able to get that fare – but the ticket machine didn’t know about the program. However by pressing a few buttons we discovered that there was a “Seniors Railcard” fare of £19.83. We weren’t going to argue about the 83 pence, so we paid that fare and prepared to argue our case on the train if necessary. 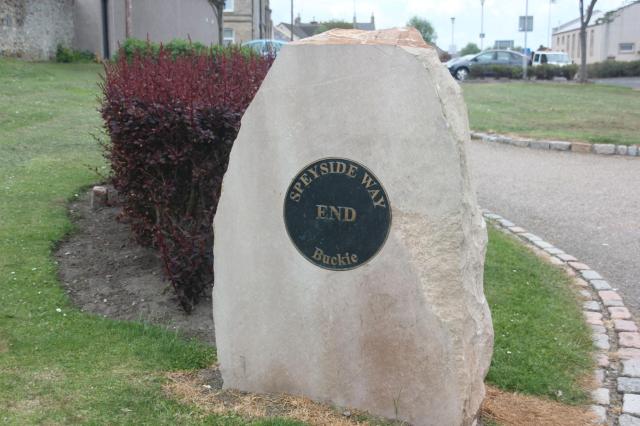 We had to wait over an hour before our train arrived, but that was still faster (according to our research) than taking several buses through numerous villages and towns. We managed to get seats, but the train was very crowded. A long weekend was coming up – the Queen’s Jubilee. Once again the route was very scenic as we travelled along the coast, including a view of a golf course near Stonehaven with outrageously difficult holes next to cliffs. And the conductor looked at our tickets for about half a second and returned them to us without comment. 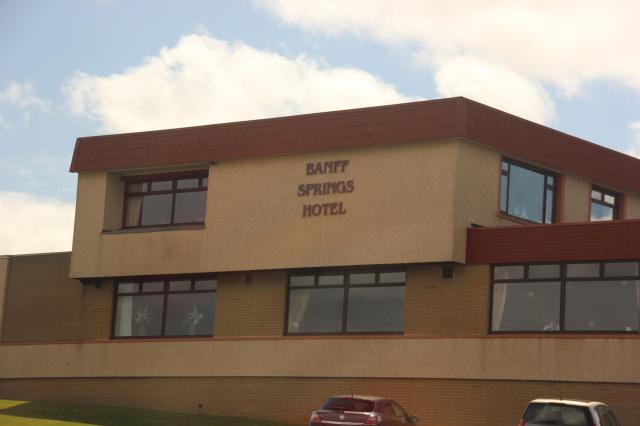 Once we got to Leuchars, we took a shuttle bus to St. Andrews bus station and then another bus to Anstruther. This was luckily much faster than our research had suggested, so we got to Anstruther before 7 pm. It took us a while to find the B&B, but find it we eventually did. We had requested the room with the sea view, which was at the back of the house with a view over some back yards towards Anstruther and the Isle of May out in the North Sea. 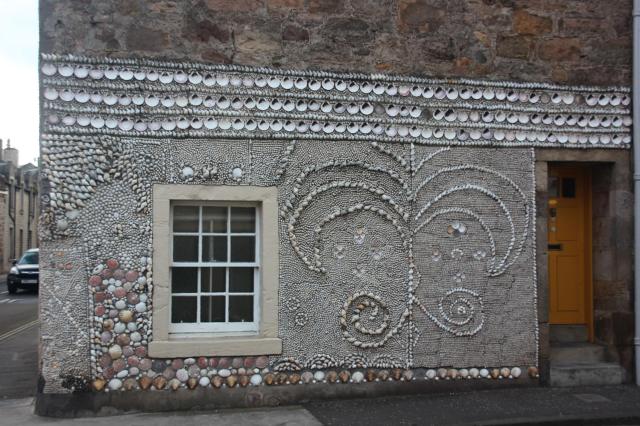 Both of us were hungry by now, so we walked the short distance into town. We did take-out at the Anstruther Fish Bar, which had won several awards for its fish and chips. Often the lineup is out the door and down the street, but it was late so the lineup only reached to the door. However it didn’t take long before we had our dinner. We took it outside, where we found a cold east wind blowing across the harbour area. But we found a sheltered spot on a bench behind the Lifeboat Service and enjoyed our meal, which was very good. Once done we headed back to the B&B to clean up and go to bed.

Previous: Aberlour to Fochabers
Next: Anstruther – Isle of May